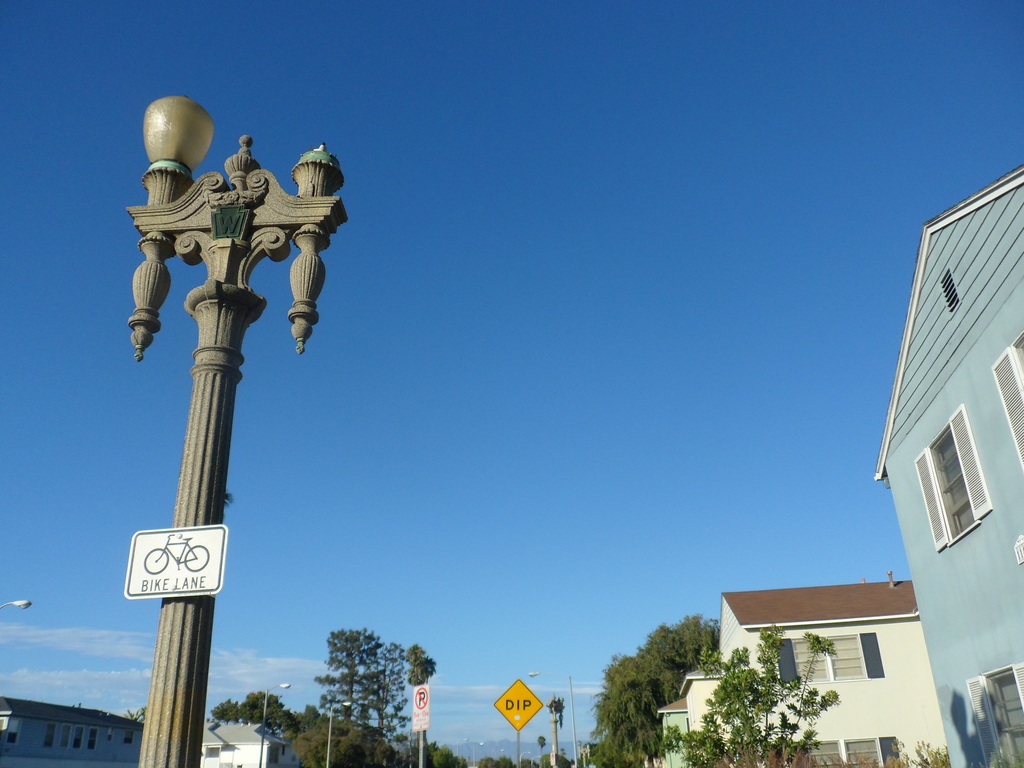 I've been noticing the signs of construction around the light poles on the south side of Washington Place in West Culver City -- and hoping they wouldn't be removed and replaced with regular, standard light poles. Now I've discovered that on April 8, the Culver City Council awarded a contract to Unique Performance Construction to "replace and upgrade the existing streetlight system along the south side of Washington Place between McLaughlin Avenue and Albright Avenue. The project consists of replacing the conduits, wiring, and fourteen existing non-standard concrete streetlights with new 28-foot-high anti-graffiti ‘marbelite’ streetlight standards. New fixtures with energy efficient 250W Induction lamps will also be installed."

Bummer! I realize that the old "non-standard" poles are old and cracked, but I'll still miss them. 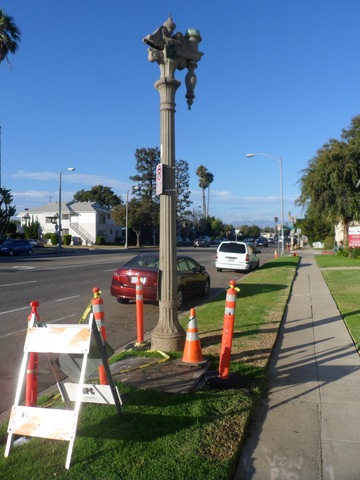 The streetlight poles are tentatively scheduled to be delivered and installed by August 26th. 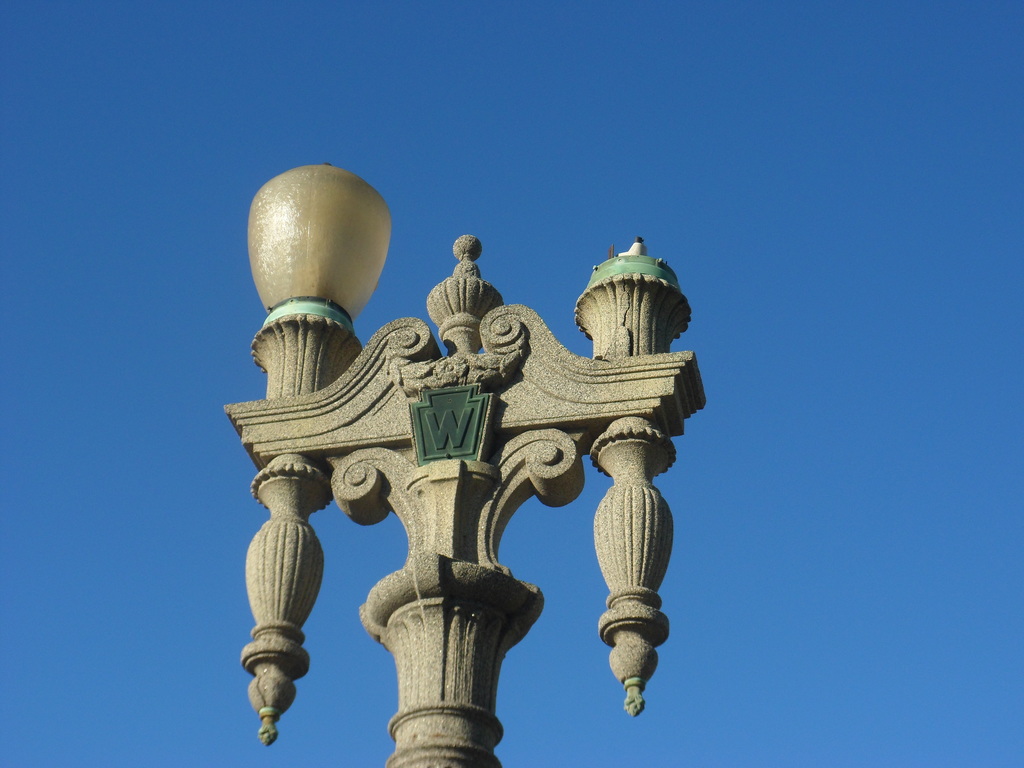 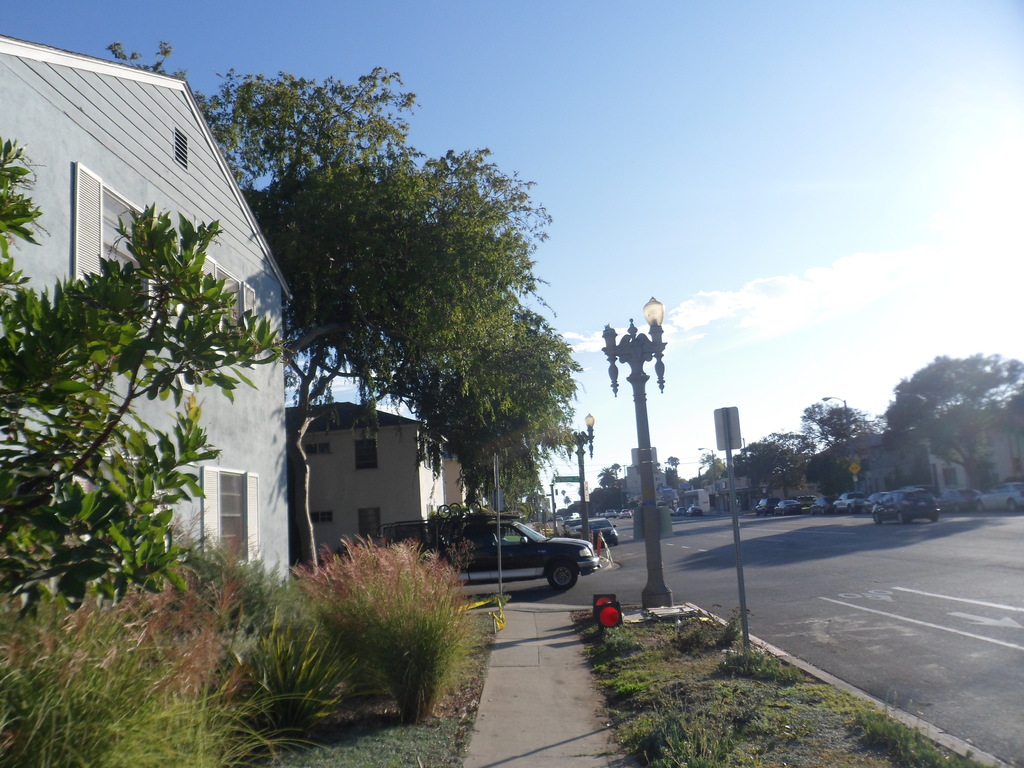 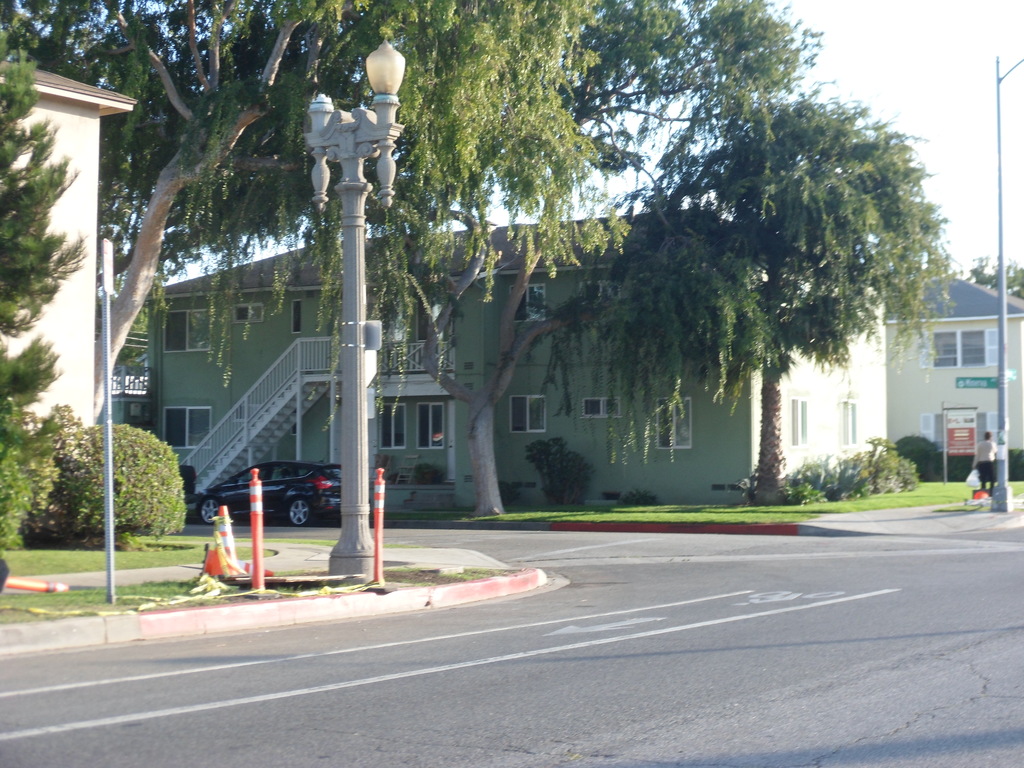 Sorry I'm a year and a half late with this.  This was a great story and I'm saddened to see these lights go.  I don't like the new induction davits very much at all.

I've always been curious about the old twin post-tops along Washington Place.  They've been "one-sided" for as long as I can remember.  I wonder how long they existed in that condition ...

Ouch. I've got to take shots of these lamps before they're gone forever. Antiques have so much more character and depth to their design, IMO.

I haven't see the actual poles they'll install, but here's an example of a "Standard Marbelite Street Light Pole" Do you have a pic of the replacement?

These are so beautiful.  I hope they don't scrap them.  How could these lights be re-used somewhere else?  Could the poles be cut shorter and sold to residents for back yard lighting?   I would love to see them used in the future, even if just as decoration.