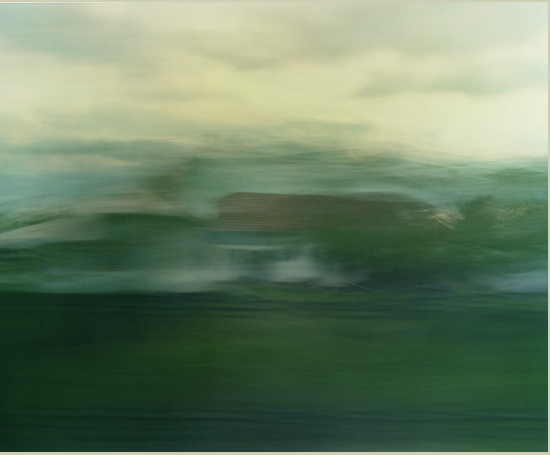 Liquid Assets, an exhibition of new video work by Ori Gersht opens at the Angles Gallery this Saturday, June 29.  The opening reception is from 6 pm to 8 pm, and, as always, the event is free and open to the public. Angles Gallery is located at 2754 S La Cienega Blvd.

Angeles Gallery also featured Gersht's luminous, rich and mysterious photographs back in June of 2011, and based on what I've seen so far, what I said about that beautiful show seems equally true of this one:

The point of view [of Gersht's images] often seems to be from someone peering and peering into the void, attempting to resolve an image -- to find some meaning, rescue, or balm...The images are lush, but there is a touch winter in them as well. Images blur and fog, the world paling toward the monochromatic.

Other of Gersht's works seem to interrogate the medium of photography itself. Since many were shot at night, we see the results of the camera attempting to create a stable image, filling in optical information where it must, occasionally resulting in some really lovely distortion. Other images are Blake-ian in their evocations of ecstasy and darkness.

Ori Gersht lives and works in London, England. His works have been exhibited and collected by the Guggenheim Museum, the Tate Modern, and The Getty Museum, Los Angeles, among others. 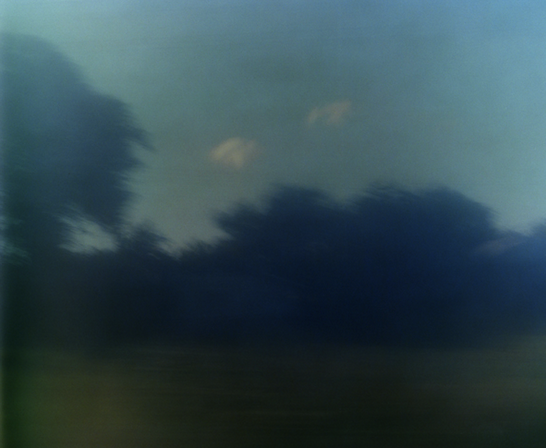