Blaze Pizza has announced the opening of its new 35-seat restaurant in Culver City -- and to celebrate is offering free pizza to its Facebook fans tomorrow, September 17th, between 6:00 pm and 9:00 pm. Just "like" the Blaze Pizza page on Facebook, and print out a screen shot or present it on your mobile device to obtain a free pizza at the Culver City restaurant, located in the Culver Crossroads mini shopping center on the southeast corner of Washington and Sepulveda.

Blaze Pizza uses an assembly line format (similar to that of Chipotle), that lets guests customize one of the menu’s signature pizzas or create one of their own, choosing from a wide selection of fresh, artisanal toppings – all for about $7.  The pizzas are then sent to a blazing hot open-hearth oven, where the thin-crust pies are “fast-fire’d” in less than 120 seconds. Blaze Pizza makes its own dough from scratch using a recipe developed by Executive Chef Brad Kent, which requires a 24-hour fermentation period. 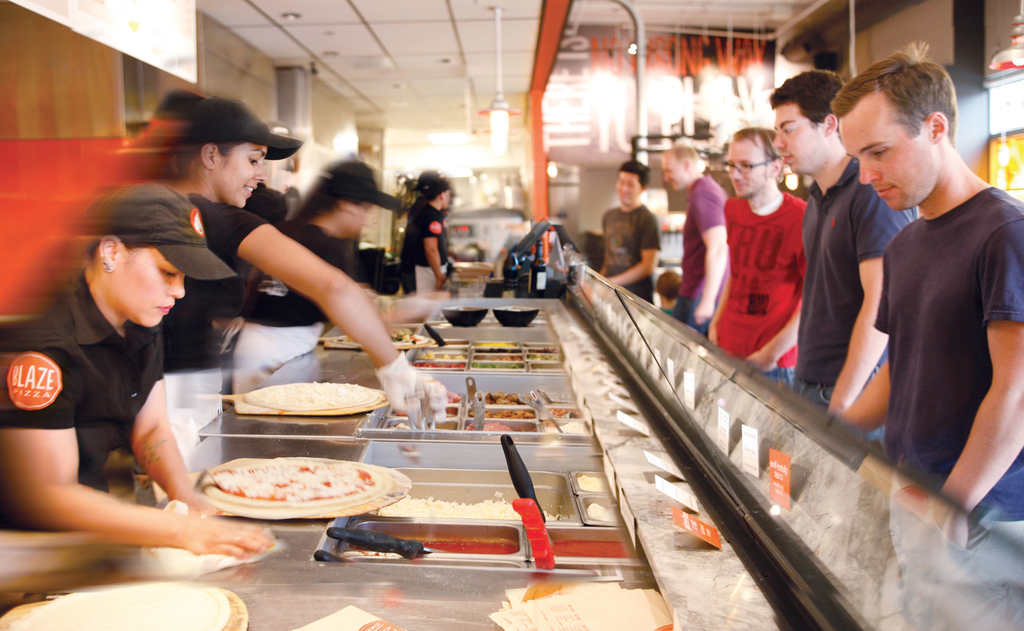