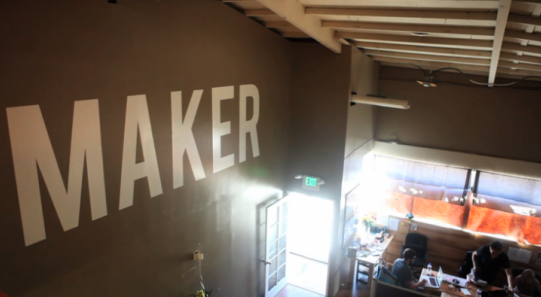 Walt Disney company announced earlier this week that they will acquire Culver City-based Maker Studio for $500 million. The studio will continue to be located on Jefferson Blvd in Culver City.

Maker Studios first came to the attention of close readers of this site back in February of 2012, when I referenced an article on the KPCC website saying that Maker Studios had captured some of YouTube's $100 million investment in original content. At that time, the studio was identified as having 300 YouTube channels that netted 500 million page views a month. This week, the Los Angeles Times identifies Maker Studios as having about 55,000 YouTube channels with 380 million subscribers and 5.5 billion views per month. Quite a growth!!

The article also identifies Maker Studios as the home of internet sensations such as "'Epic Rap Battles of History' and PewDiePie," which might only mean anything to you if you have a 14 year old in your house. (I do, and it does).

Explaining the acquisition, the Times article quotes Disney's chairman and chief executive Bob Iger, who says, “Short-form online video is growing at an astonishing pace and with Maker Studios, Disney will now be at the center of this dynamic industry with an unmatched combination of advanced technology and programming expertise and capabilities.”