Where Am I in Culver City? Game 074 Solution Two Culver City Times members -- George Young and (the keen-eyed) Doug Lemon -- correctly identified the tower as topping the (really lovely) building at Sepulveda and Braddock. Doug also points out that the building, currently home to Samy's Camera, was previously home to Allied Model Trains and was modeled after Union Station in downtown Los Angeles.

New Culver City Times member Karen Pyenson also registered her guess that the tower was the top of Roll n Rye on Jefferson Blvd. While her answer was incorrect, her participation in our game was very welcome!!

Here's a picture of Union Station, so you can check out the resemblance: 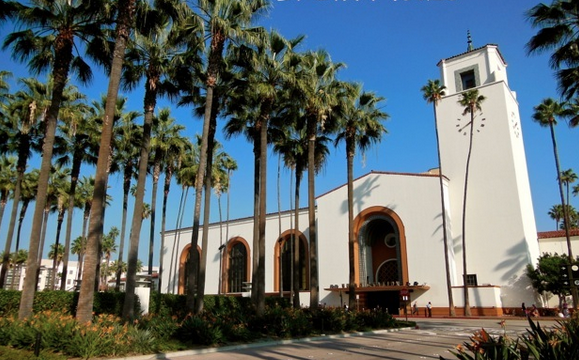