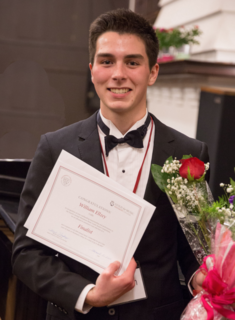 Ellzey, who performed “Concerto in D minor” by Édouard Lalo and “Cello Suite No. 1” by Johann Sebastian Bach, is a senior at Southern California Christian Academy. He has performed with the Los Angeles Youth Orchestra, the Culver City High School orchestra, First Baptist Culver City String Quartet and various ensembles through the Los Angeles Junior Chamber Music program. He also plays piano and hopes to major in cello performance in college.