The internationally renowned German muralists and street artists known as Herakut are currently working on a (pretty magnificent) new mural on the grounds of Culver City High School.

UPDATE: An associate of Herakut contacted me to let me know, "The German graffiti artist duo is in town to not only promote the high school’s art program but also to debut their new art collection titled “Masters Of Wrong,” on Saturday, March 26 from 7:00-11:00 p.m. (on display through April 20) at COREY HELFORD GALLERY’s new 12,000 sq. ft. space on in downtown Los Angeles (571 South Anderson St.)

“Masters Of Wrong” will feature more than 20 paintings, plus installations that will include works created onsite and available for sale during the exhibition. In addition, HERAKUT will be painting a new mural on the gallery’s exterior wall from March 17-19.

After joining forces in 2004, painter HERA (Jasmin Siddiqui) and graffiti artist AKUT (Falk Lehmann) merged their names and styles to collaborate as HERAKUT. Since then, the duo have been painting murals all over the world, along with additional work on canvas, paper and film for gallery and museum shows. They consider themselves as “storytellers” who want to share their thoughts and questions with the public, so their figurative work is always accompanied with text. Their process of painting is a dialogue, too, with both artists adding their individual techniques to the piece. Hera uses her drawing skills on finding the form and proportion of their characters, while Akut specialized on painting the photorealistic elements. Beyond international exhibitions around the world (France, Gaza, Germany and Jordan, among many others), live festival showings at Glastonbury (U.K.), Coachella (U.S.) and an appearance at the Happy 80th Birthday, Dalai Lama celebration (U.S.), this marks HERAKUT’s debut solo exhibition at CHG.

Street artist fans may remember that there used to be a couple of beautiful works by Herakut on the old "Branded Arts" building at the corner of Washington Blvd. and National Blvd -- now home to the Platform building. 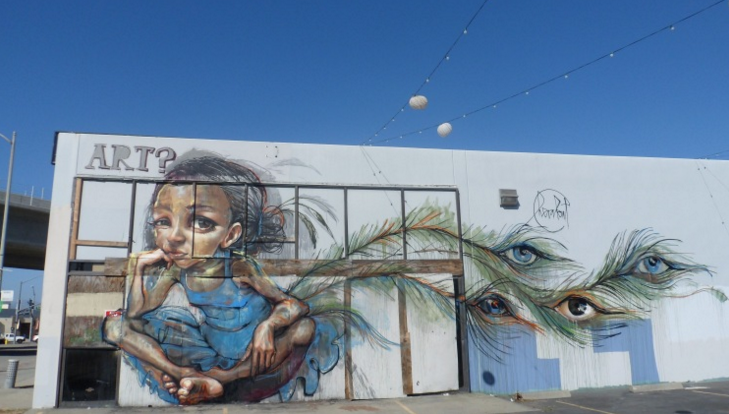 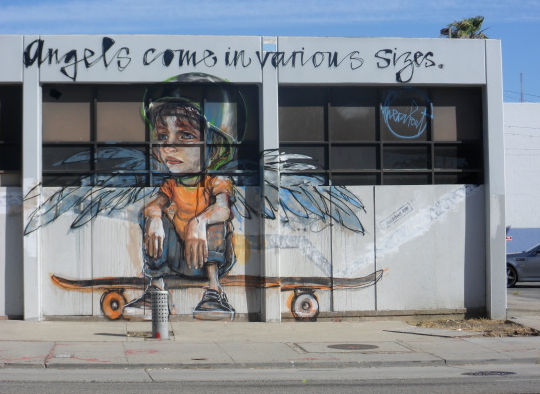