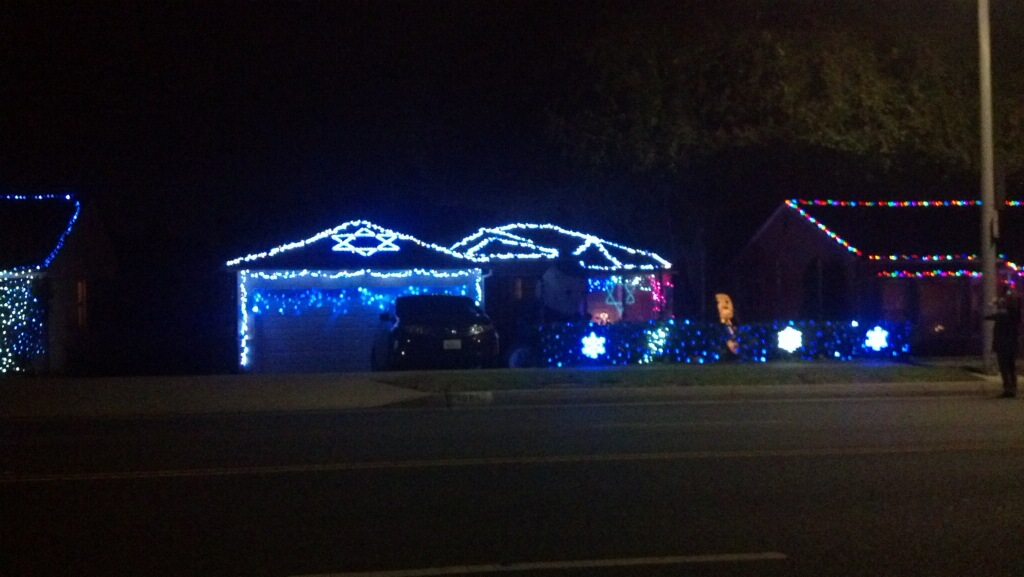 There's a house on Overland in Culver City, on the west side of the street, just south of the Raintree Plaza, that never fails to go all-out with its holiday lights, and Culver City Times tipster Kevin Lachoff reports that this year is no exception, "The house upped the ante this year! They got one neighbor on the south and two on the north in on it this year!"

Kevin says that they even have their own radio broadcast: "Tune radio to 88.3 FM and the lights are synced to hits, including Gangham Style. Nothing like watching flashing holiday lights between a menorah, Star of David, and Cross while listening to South Korean music! The radio narrator asks listeners to hashtag #cclights"