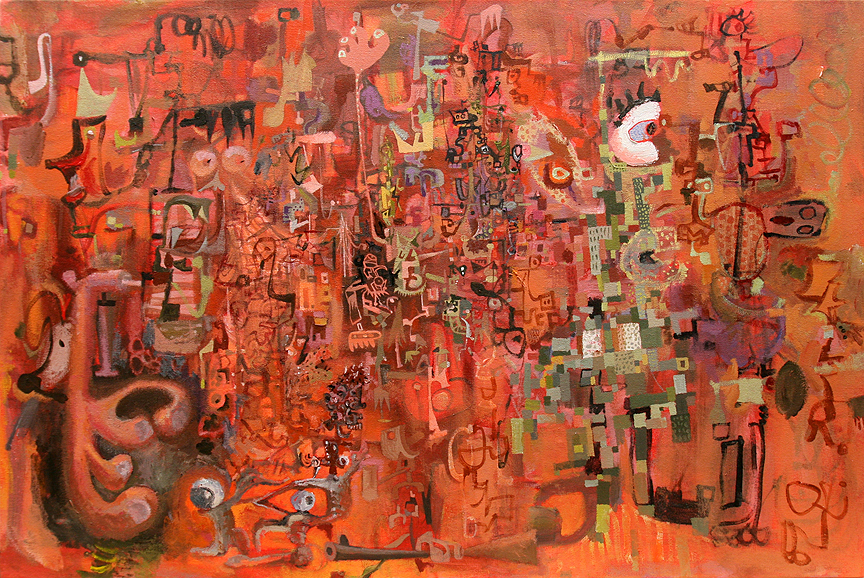 Over the next two weeks, I'll shine the spotlight on four shows that you should be sure to check out on the 4th.

The first is Wayne White's show at Western Project at 2762 S. La Cienega Blvd. White was born and raised in Tennessee. In 1986 he worked on Pee Wee's Playhouse, where his work on set and puppet designs won three Emmy awards. For a time, White served as an art director for music videos, including the memorable video for Peter Gabriel's "Big Time." More recently he has concentrated on his painting career.

Wayne's work at this Western Project show specializes in ramshackle contraptions in sculpture, paintings and drawings -- as if to say that whether you are building your world or building your self, you must make due with the scraps at hand. 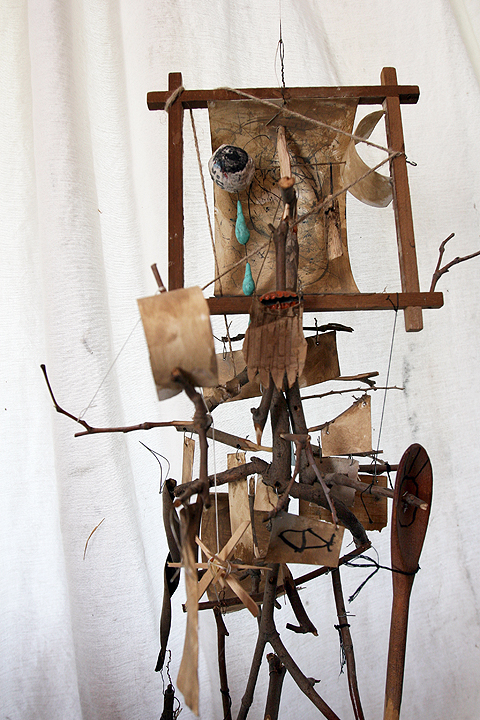 His pieces seem to express a love for the wreckage of the past -- as well as for the spidery and gnarled paths of consciousness. Here's a detail from “Violet Sand Mountain," so you can really see the crazy. The artist also performed on banjo, sometimes while wearing an enormous head. 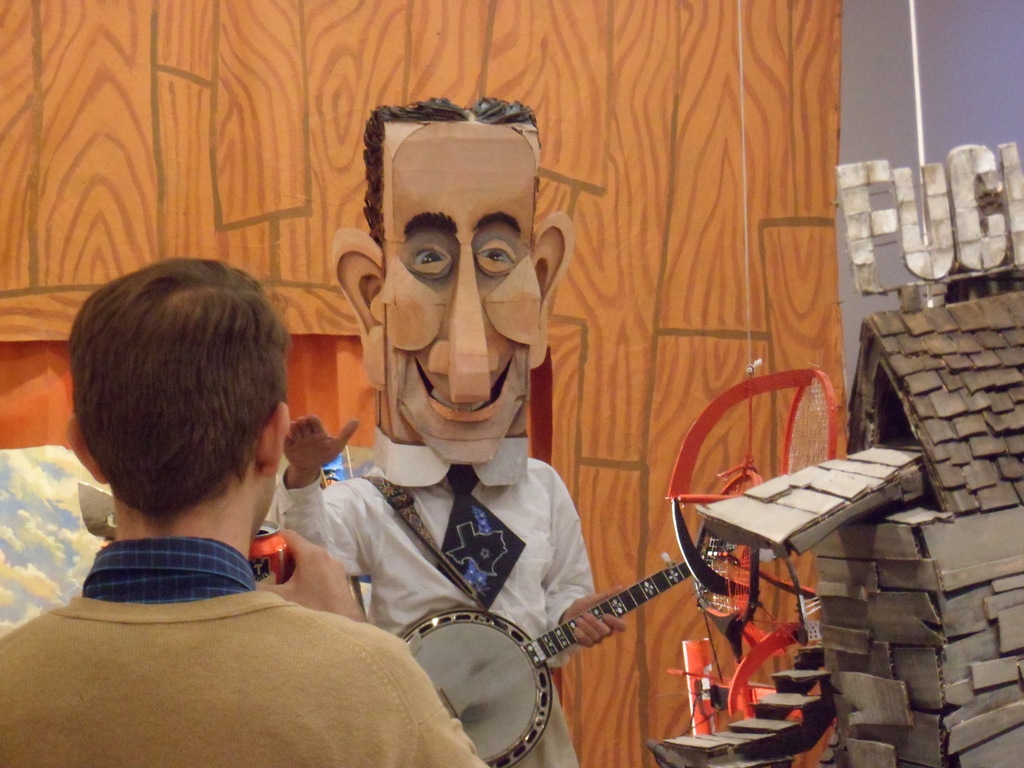 The performance crescendoed in a manic puppet show entitled "Rebel vs. Yankee" that featured a pitched battle between human figures amid clouds of glitter, and the rattle of mad, martial drums.