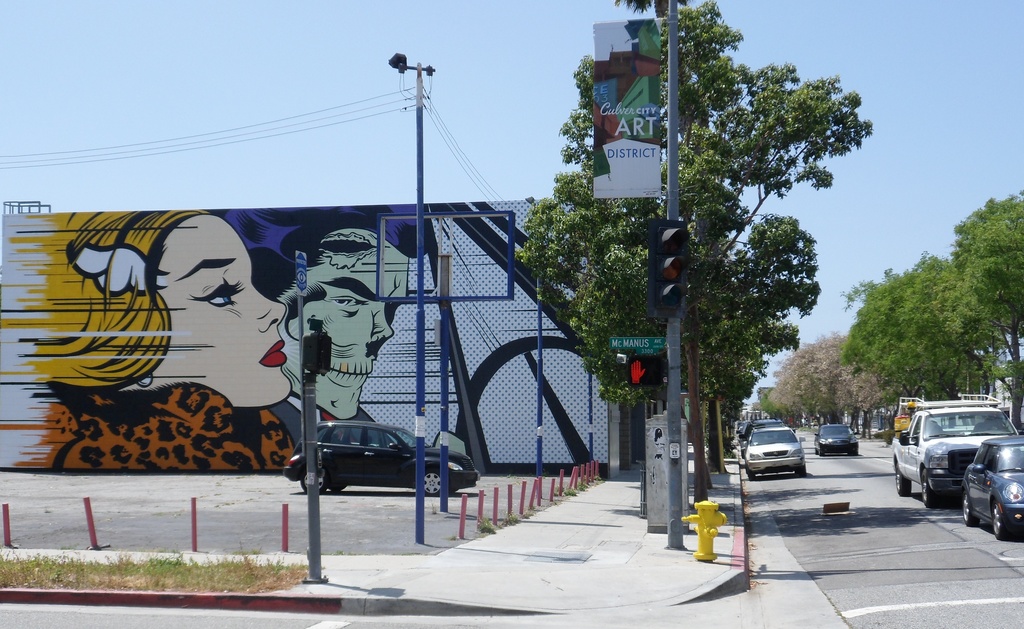 Like many pieces in the show (more on that later), D*Face's mural incorporates familiar images from pop art and juxtaposes them with images of death. My daughter said her favorite details were the zombie's gold tooth and the girl's wings/doggie ears (one of D*Face's signatures). It's hard to disagree, but I also love the explosion of light shining from the girl's rich, red lips and zombie's eyes which radiate a real human menace. 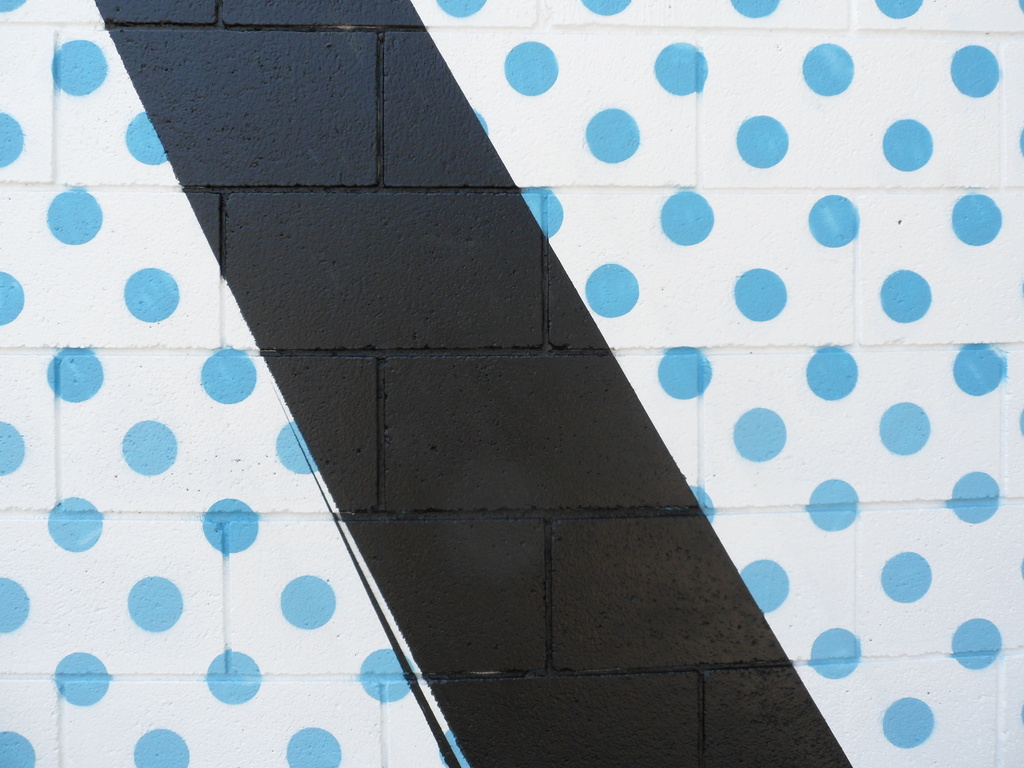 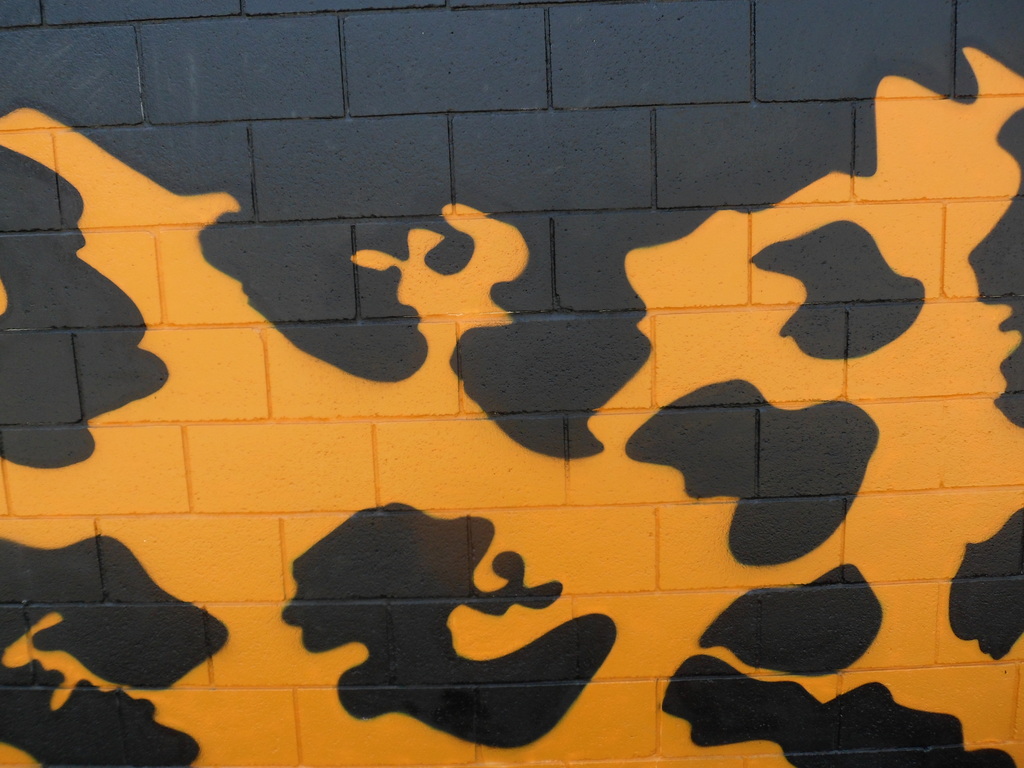 To see how it was done, check out a great slide-show offered by the LA Weekly.

For the moment, the mural's colors are almost shockingly vibrant, so see it soon. To do so, drive west past the 8500 block of Washington Blvd, in the Culver City Art District.