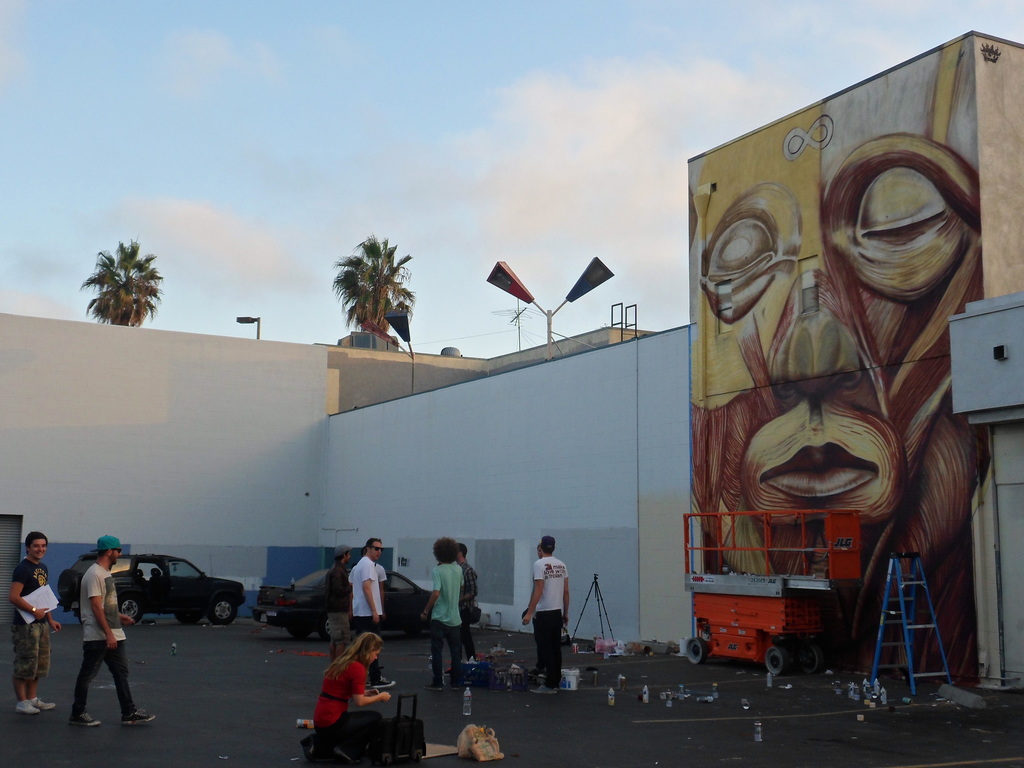 The art collective known as CYRCLE. is responsible for the new mural at the BrandedArt building, one block west of National & Washington in Culver City. The BrandedArt building, which according to site curator Warren Brand is due for demolition within the year, has become a magnet for muralists and other artists, including Herakut and Andrew Hem. 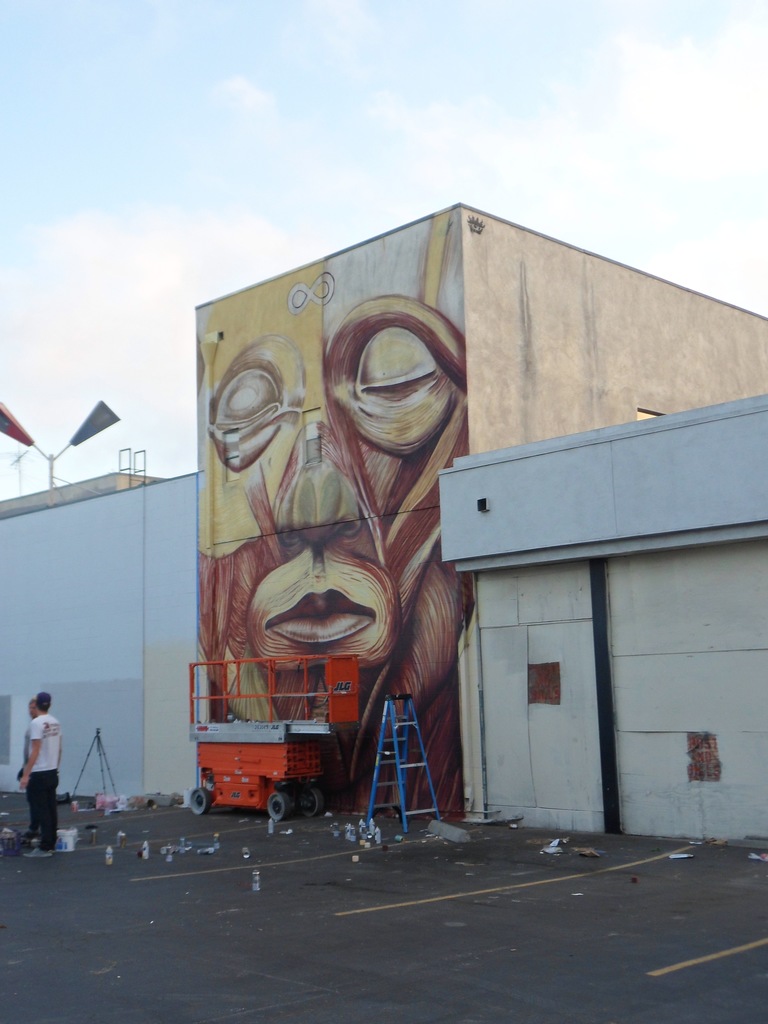 Here's a shot of the members of the mysterious collective. 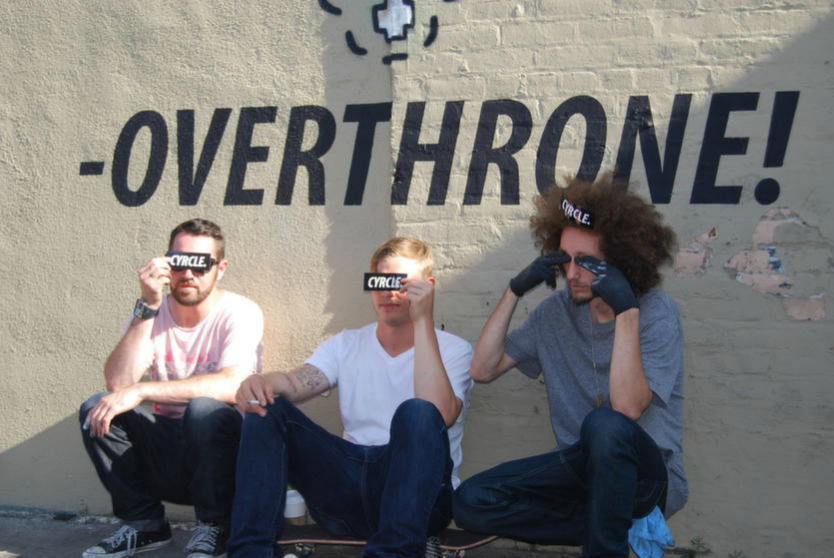 The group is on a roll. In March, CYRCLE. painted a piece called "Ready...Aim...Flower!" on Suzy's Meat Market in East Hollywood on Santa Monica Boulevard, just east of Vermont Avenue. I love the way they painted the telephone pole so that it doesn't ruin the effect of the piece. A space across the parking lot has also be prepared for another mural to be painted later in the week.