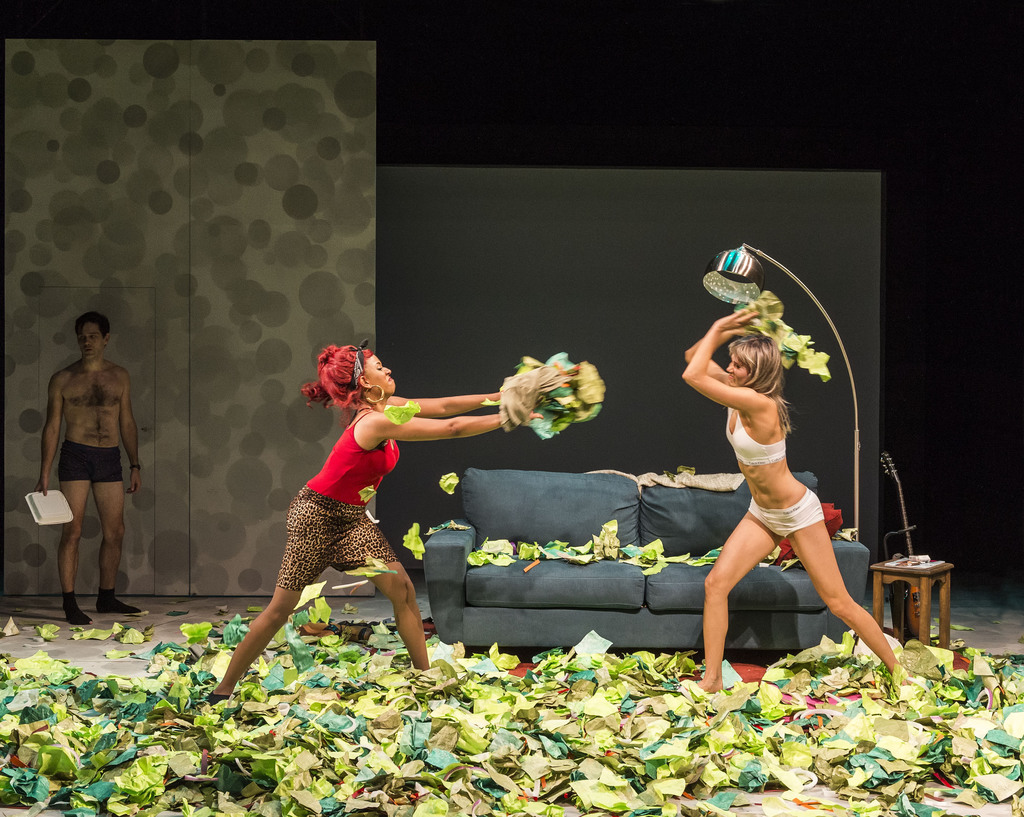 If you Google "Women Laughing Alone With Salad" you'll see that as far back as 2011, careful observers of commercial advertising have noted the prevalence of photographs of pretty young women, holding salad and smiling as if they had never had so much fun—an image that conflates salad with a near-hysterical level of self-realization and self-control.

Or as one commenter on The Hairpin.com describes what the images seem to communicate: "Making healthy choices. Taking care of me. Feeling good. Living good. Healthy and clean. I like that. For me. Because I matter. Loving myself because someone has to, right? Who? Oh right, me. Loving me for living good and eating good. Loving myself. Must. Or at least should. Possibly could if I eat salad. But only salad." 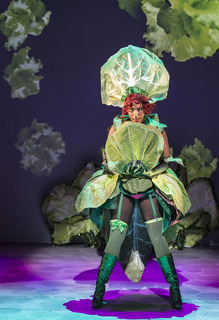 Such images are really the emotional jumping-off point for playwright Sheila Callaghan's wild, profane, and often uproarious new satire, Women Laughing Alone with Salad, now playing at the Kirk Douglas Theater in Culver City. The play cascades through the lives, fantasies, highs and hangovers of Guy (David Clayton Rogers) and the three women who "haunt" him — his mother, his girlfriend, and an object of forbidden desire he picks up at a club.

Callaghan's works are known for their unpredictable language and narrative structures (including her adaption of Joyce's Ulysses called Dead City), and Women Laughing Alone With Salad is no exception. Working with playful scenic designer Keith Mitchell, Callaghan has crafted a dexterous parade of tableaux that illuminate the contradictory impulses at the heart of our anxieties.

Guy's girlfriend, Tori (Nora Kirkpatrick), seems to be skinny, self-actualized representation of salad-eating—and the girl Guy picks up and brings home, Meredith (Scandal's Dinora Walcott), is the zaftig symbol of its rejection. (Meredith at one point comes on stage in a salad dress and performs a lusty strip tease while exclaming, "fuck it!") Yet both women resent the paradigm and are troubled by their roles in it. Inasmuch as there is a moral to the play, then, it is delivered by Guy's self-possessed boss in the final act when she says, "I find it hard to be ashamed of what I want."

The play's four actors jump into multiple roles with obvious gusto, and David Clayton Rogers in particular is an arresting presence, with the charisma, self-possession and slyly comic timing of a younger Jon Hamm.

Provocative, barbed, unsettling, and darkly and brightly funny, Women Laughing Alone With Salad continues at the Kirk Douglas through April 3. You should go. 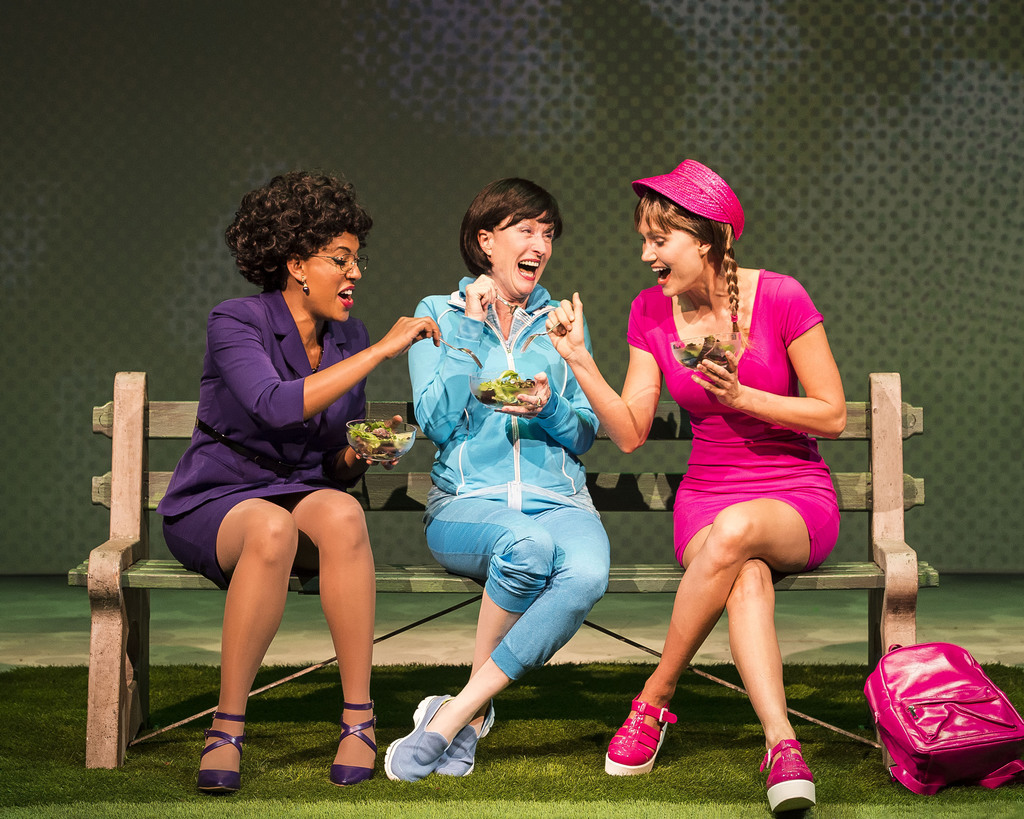