Where Am I in Culver City? Game 070 Solution 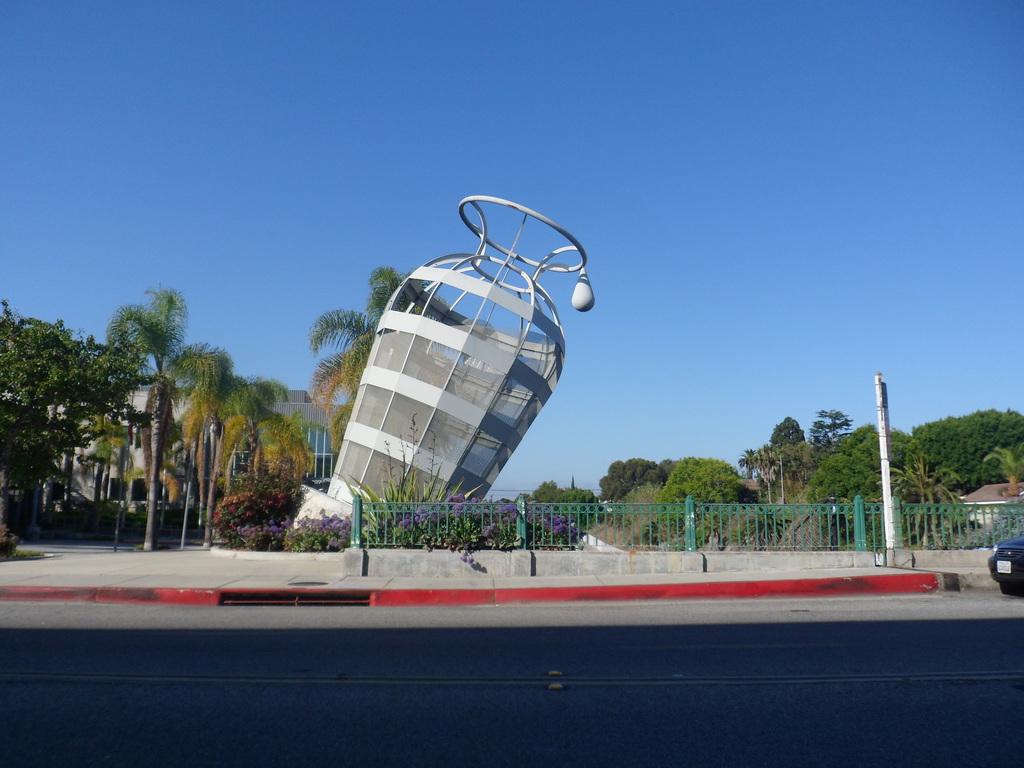 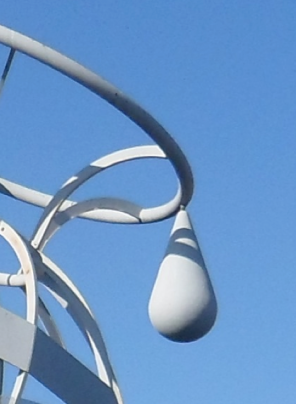 Three Culver City Times members correctly identified it as a detail in the sculpture "Crossed Currents," by Don Merkt on the south end of Duquesne Ave., next to the Culver City Transportation Facility.

Luis Lopez was the first to answer -- his 11th correct response overall. Dude knows his city. My partner in crime, Enhager, also correctly identified the photo. And Doug Lemon registered his first answer, saying "I see it almost daily when I am on the bike path and when I am driving on Duquesne.  I just never knew till now what it represents with the jug and the drop of water."

Yeah, it does. Here's what the Culver City website has to say about the piece: "Crossed Currents (1999) pays homage to Ballona Creek and its importance to the native inhabitants (Gabrielino/Tongva) of the region. The creek provided fresh water and served as a conduit for ocean breezes. Wind and water are realized as themes in this artwork on several levels: the single water droplet spilling over the lip of the jug into the creek and the wind moving the water bubbles suspended inside the jug. Crossed Currents was a winning entry in the Metropolitan Water District of Southern California's Liquid Art contest.

"Don Merkt lives and works in Portland, Oregon and has completed numerous public art projects for the City of Portland, as well as a kinetic sculpture for the National Academies building in Washington D.C. (Slow Rondo, 2002)."

Here's a photo of the piece that Doug Lemon submitted along with his correct answer: 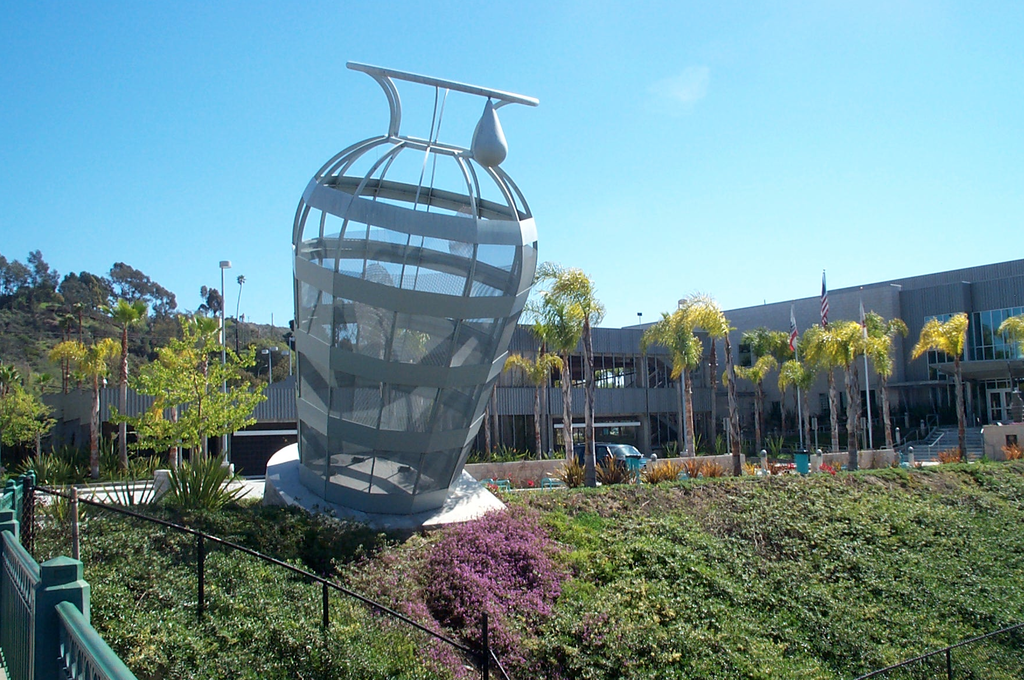