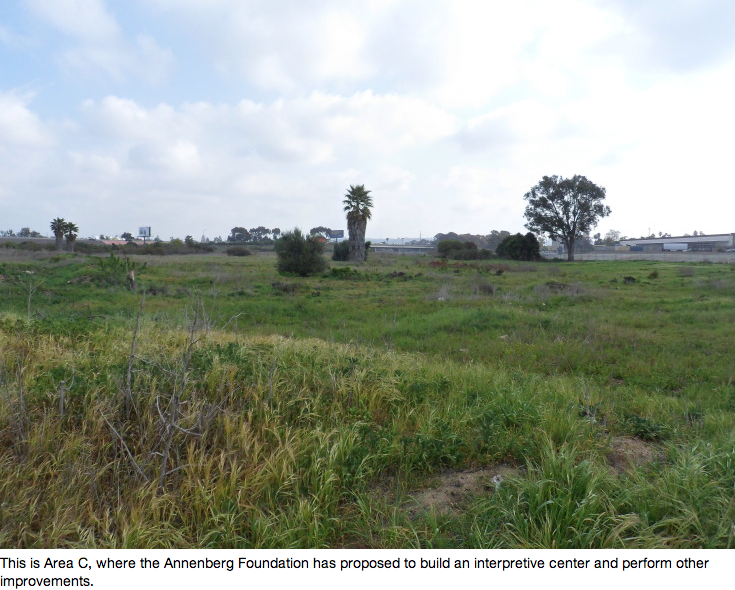 Ballona Wetlands Land Trust has filed suit against the California Department of Fish and Wildlife to resolve a months-long dispute over access to public records.  The suit is related to the Annenberg Foundation's proposal to construct a large facility in "Area C" of the Ballona Wetlands Ecological Reserve. [Editor's Note: You can read much more about this project HERE, HERE and HERE].

The Ballona Wetlands Land Trust's suit alleges that the Department has violated the spirit and the intent of the Public Records Act by willfully avoiding possession of critical project documents and allowing the Annenberg Foundation to retain sole possession of those documents "to circumvent its responsibility to keep the public informed."

The documents in question are presentations that the Annenberg Foundation has delivered in partnership with the California Department of Fish and Wildlife to public stakeholder groups over the last 10 months for the purposes of building support for the project. In particular, Ballona Wetlands Land Trust is concerned that these presentations are misleading in the way they under-communicate the centrality of a companion animal center in the current proposal.

Said the Ballona Land Trust in a written statement, "We made every effort to avoid litigation. The Department could have easily requested copies of these presentations from the Annenberg Foundation at any time. The Memorandum of Understanding (MOU) between the Department and Foundation requires cooperation and coordination with regard to such public communications. The Department should explain why it preferred to go to court rather than adhere to the most basic principles of transparency. Arguments that these documents can be shielded from public scrutiny because they are like works of art or because the project is undergoing an environmental review are disingenuous, counter-intuitive and irrelevant to the issue at hand. The public has a right to independently analyze the arguments and assertions being made in support of a controversial public/private project on public land that was acquired at great taxpayer expense."

More information can be found at www.ballona.org/annenberg.