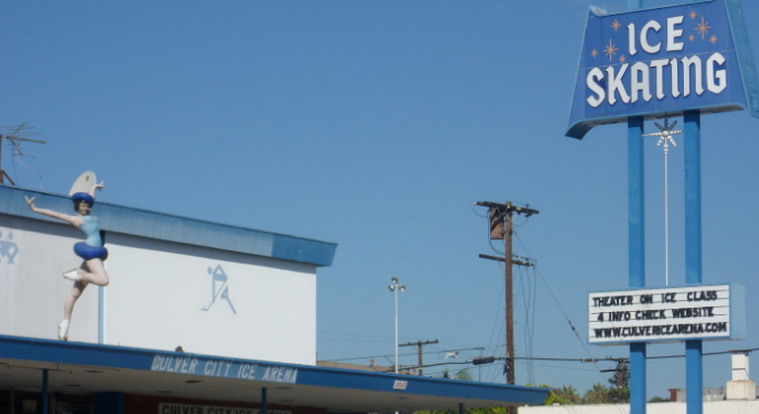 There is a potential new tenant for the property that today houses the decommissioned Culver City Ice Skating Rink: Harbor Freight Tools. According to correspondence sent by Permit Advisors, a "permit and entitlement consulting and expediting firm" [and forwarded to me by Walter Lamb of the Ballona Wetlands Land Trust: Thanks Walter!], Harbor Freight Tools will soon submit a development application with the Culver City Planning Division to renovate the property "while maintaining significant historical features of the building." Needless to say the "significant" features of the property don't extend to the, you know, ice.

The public has been invited to attend a community outreach meeting regarding this move on April 2, 2015, at the YMCA Culver Palms at 4500 Sepulveda Blvd. -- more or less across the street from the rink. If you have an opinion on this property (and I'm sure you do), show up to share you thoughts! 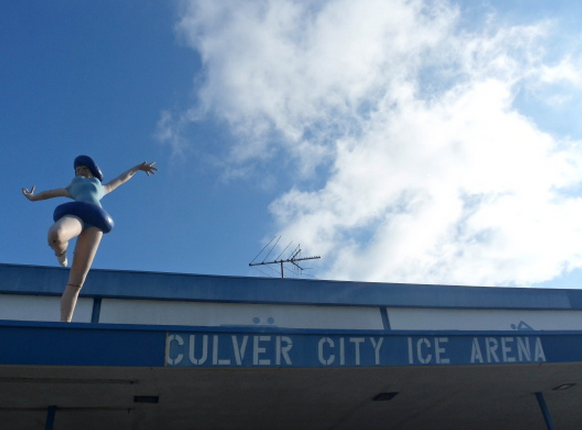 The backstory: As many of you probably remember, the beloved Culver City Ice Skating Rink has been closed since February of 2014, when the ice rink lost it's lease. At that time, rock-climbing company Planet Granite seemed ready to take over the property but then backed out of the lease -- likely a reaction to the negative public outcry that greeted the company's plans as well as to the unearthing of a city document that indicated that a special Use Variance granted in 1960 limited the property's use to the rink. The table seemed set for the rink to re-open, until the city released a special report detailing the somewhat deplorable -- and potentially dangerous -- condition of the rink. In March of 2014, the property owner decommissioned the arena, and the property has remained unused for the last year.

Comment by Rick P. on March 22, 2015 at 9:07am
Interesting how so many people commented when the rink first closed, with such strong opinions against the rock climbing/gym,and now no one seems to care if a Harbor Freight moves in, a company with the worst carbon footprint ever, disposable tools and electronics shipped from a zillion miles away. What happened to the people (organizations) who were stepping up to make a restoration possible? I wonder how many will show up for the community outreach? At any rate, many thanks to Walter for his always diligent watch, a true sentinel for our community,