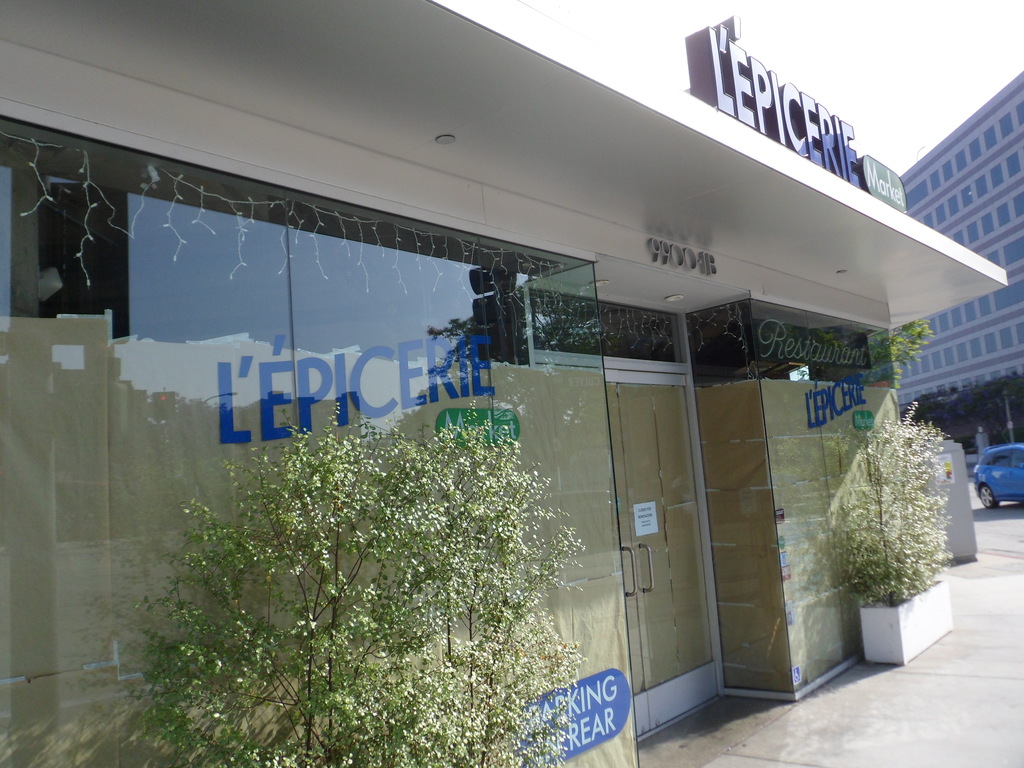 The front window of L'Epicerie French market and cafe in downtown Culver City is papered over, and a sign indicates that the restaurant is closed for renovations. But Eater LA points out that the restaurant's webpage is off line -- as is restaurant's OpenTable page. Not a great sign. Meanwhile says Eater LA, the restaurant's owner, Thierry Perez "is focusing his efforts on a new Manhattan Beach project, Chez Soi, which he opened last month with chef Mark Gold and actor Ty Burrell (ABC's Modern Family) in the former Sashi space."

Michelle Emanuel Helmer comments on Facebook: "They told me they are renovating/remodeling and will re-open in a couple of weeks when I called them a few weeks ago."